Metaverse is the next generation of augmented reality. It’s more than just a virtual world. It’s an entire universe that allows people to live, play, learn, and explore as if they were actually there. Augmented reality is currently a hot topic, and the first generation is still developing.

Augmented Reality (AR) and Virtual Reality (VR) have the potential to revolutionize many areas of our lives. The Metaverse (Augmented Reality/Virtual Reality) is the next generation of AR/VR technology. The Metaverse allows you to interact with real objects and real places using digital objects. In the metaverse, you can move and manipulate digital objects (virtual avatars) on top of real-world objects (real avatars), which makes for truly immersive and personalized user experiences.

The Metaverse is designed to be a platform, rather than just one application. This means it will be able to host any type of digital content. It will allow people to experience the world around them in entirely new ways. For example, we can use the Metaverse to see the world in 3D, or experience an AR tour of the inside of a building, or watch movies inside the walls of a museum. We will be able to control what happens on the screen using hand gestures, voice commands and gaze recognition.

When it comes to the Metaverse, it is about bringing people together, rather than dividing them. The Metaverse can be used by both individuals and businesses alike, as well as educational institutions and government agencies. The Metaverse will be able to provide a variety of services that will make people’s lives easier and more efficient.

What is Augmented Reality?

Augmented Reality (AR) is a technique that overlays virtual objects onto the real world. AR is a natural fit for mobile apps because the technology allows users to see digital content over the actual environment. Apple’s ARKit is the first AR development kit available on iOS. Apple’s ARKit is a framework for creating AR experiences in apps.

Why is it so Important?

Augmented reality is a real-time, interactive view of the world around you — in real time, on top of the live video feed of the actual environment. With AR, you are immersed in virtual content right in the real world. In fact, it’s a great way to add a new dimension to your digital marketing.

Why Augmented Reality is the Next Big Thing

With the recent rise of AR, people are starting to use these technologies to interact with real world objects and events, such as Google Glass, Magic Leap, and Microsoft HoloLens. AR is very similar to virtual reality, but it uses a device like Google Glass to augment the real world with an image. AR is becoming a more affordable and widely accessible technology. The next generation of AR will allow for interaction between the digital and physical worlds.

How Augmented Reality Will Change the World

By the year 2025, more than 40 percent of smartphone owners will have AR technology, according to a study by Accenture and Ipsos. The growth rate will hit 56 percent by the end of 2023. We can expect to see AR become increasingly widespread, but for it to truly succeed, businesses must recognize and prepare for its influence. By using AR in marketing, you can give your customers an interactive experience to connect with your brand.

The Metaverse’s Impact on Business

Metaverse’s impact on business is that it allows customers to engage with the company in new ways. It provides a platform that allows businesses to integrate their brand into the virtual world through social interactions and other forms of digital content. For instance, Metaverse users can create their own avatar and become their own brand ambassadors.

The Impact of Augmented Reality on Education

The main benefit of augmented reality in education is that students would be able to interact with real world objects, in a way that’s closer to reality than virtual reality.AR makes the interaction between real objects and virtual worlds possible. The AR technology uses computerized images and video of the real world to enhance it, and this is being used in a wide range of industries including entertainment, architecture, automotive, education, health care and many more. The technology is still new, but the future is definitely bright.

What Is the Next Big Thing in AR?

The next big thing in augmented reality is a technology called spatial computing. Spatial computing creates a more immersive experience by integrating computer graphics and the physical world. It allows people to interact with the virtual world while looking around their surroundings.

What Is the Future of AR?

The future of AR will be a mix of different apps that help people understand information about themselves or about their surroundings. Some AR apps will take advantage of a mobile device’s ability to see and measure the world around us. Other apps will overlay real-time information about our physical environment to enhance how we experience it.

In conclusion, the Metaverse is a new digital world with 3D graphics and holographic projection technology that allows people to interact and transact with each other seamlessly across all their devices. We’re excited to announce that we’ve just closed a $1 million funding round and are gearing up to release a highly anticipated SDK for developers. We’re looking forward to seeing where the Metaverse goes in the years ahead.

10 Best  Twitter Tools to Help You Grow Your Audience

How the Internet of Things Will Transform Your Business and Life 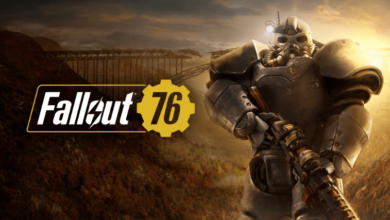 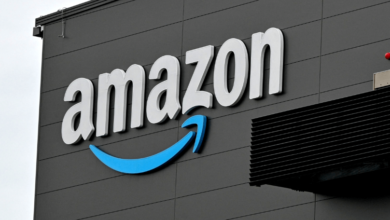 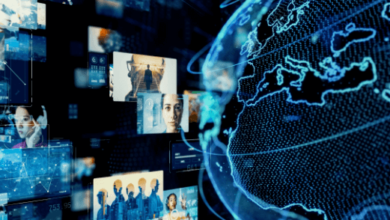 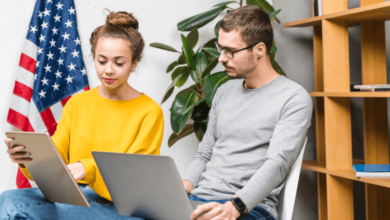